India will launch its first human genome mapping project by October 2019, a move that will help researchers get closer to developing effective therapies for treating diseases such as cancer. The Department of Biotechnology (DBT) plans to scan nearly 20,000 Indian genomes over five years and develop diagnostic tests that can be used for cancer.

Highlights of the Programme 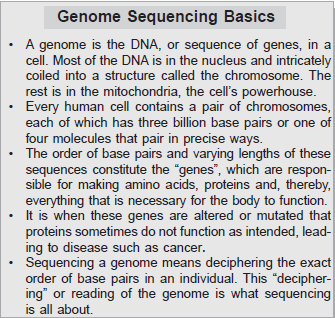