29 September: International Day of Awareness of Food Loss and Waste

Why is it important to reduce food loss and waste? 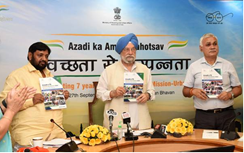