Recently, India voted against a draft resolution at the United Nations Security Council (UNSC) linking climate to security. The resolution was sponsored by Ireland and Nigeria.

On 3rd September, 2019, the World Resources Institute (WRI) with the support of the Rockefeller Foundation published a report - Reducing Food Loss and Waste: Setting a Global Action Agenda, highlighting the current scenario of food loss and waste across the globe.

Major Highlights of the Report 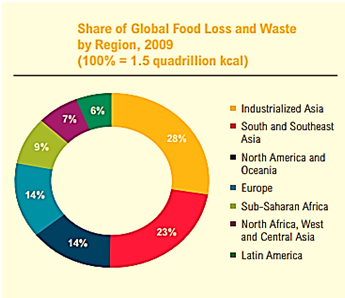 Causes of Food Loss and Waste