NITI Aayog has released the second edition of the India Innovation Index-2020.

The objective of the India Innovation Index is to scrutinize the innovation capacities and performance of Indian states.

The index provides an extensive framework for the constant evaluation of the innovation ecosystem of the 28 Indian states and 9 union territories.

The index intends to accomplish the following three functions: 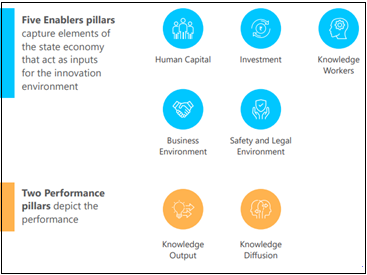