A day before the QUAD leaders' meeting in Tokyo on May 24th, 2022, India and 12 other countries joined the Indo-Pacific Economic Framework for Prosperity (IPEF) unveiled by US President Joe Biden. 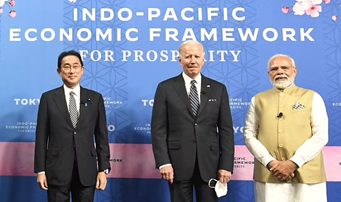 The 31st formal meeting of the heads of state and heads of government of the North Atlantic Treaty Organization (NATO) was held in Brussels, Belgium, on 14 June 2021.

Major outcomes of the 2021 Summit