India’s Retaliatory Tariffs On US

The Commerce Ministry revealed on 14th June, that India has decided to slap retaliatory tariffs on 29 goods imported from the U.S. from June 16 onwards.

Background of the Issue: 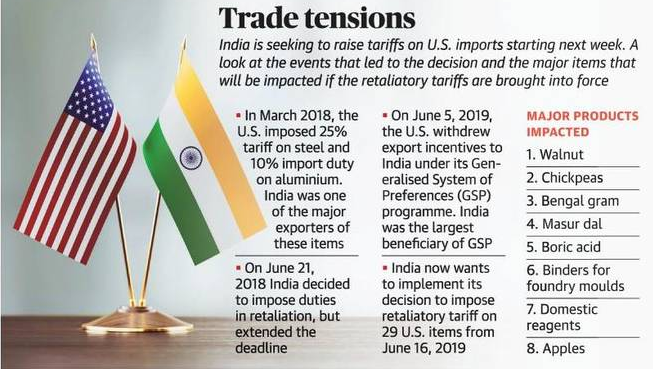