Nagaland on 29th June announced starting of its own National Register of Citizens (NRC).

Relevance of the News: The news highlights the importance of NRC and its gradual acceptability among other states.

The process of Nagaland NRC: 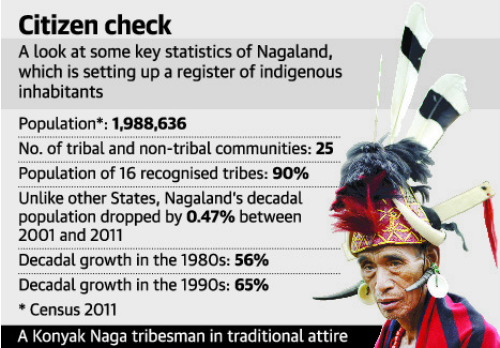