According to recently released Sample Registration System data of 22 states, Total Fertility Rate (TFR) for India has declined to 2.2 in 2017 after being stable at 2.3 between 2013 and 2016. 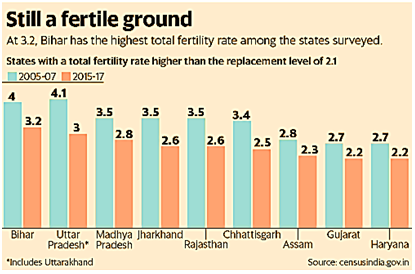 It can increase economic growth through six channels-