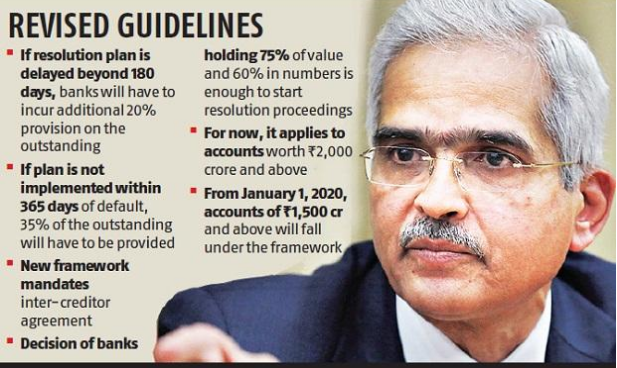 Relevance of the News: It lists the changes made in the NPA norms by the RBI which would help in curbing the menace of bad loans in Indian banking sector.

Some Changes made by the RBI include: