On 2nd July 2019, Union Minister for Social Justice and Empowerment said in the Rajya Sabha that shifting of 17 Other Backward Classes (OBCs) to the Schedule Caste list is unconstitutional, and a transgression of Parliament’s jurisdiction.

Relevance of the News: The news clarifies the procedure for shifting of backward classes into the reserved lists.

Similar Attempts in the Past: 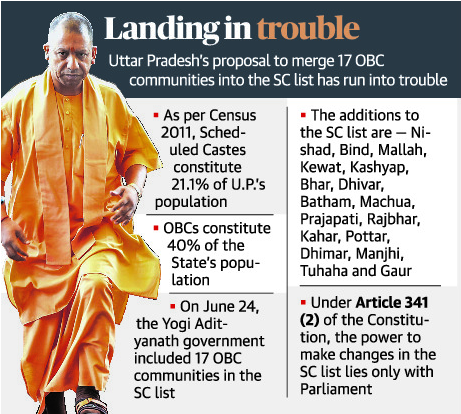