Increase in Aggregate Amount of Chits

It proposes to increase the maximum amount of chit funds which may be collected by:

Presence of Subscribers through Video-Conferencing

In India there are three types of chit funds, namely: 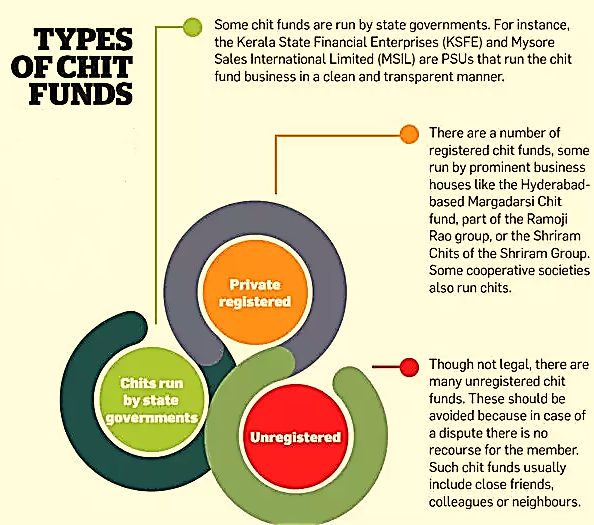