On 11th May 2022, the Supreme Court of India freezed a colonial era sedition law until its re-examination. 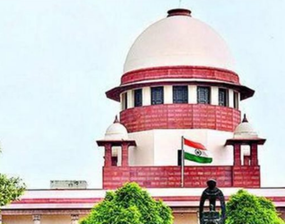 For those who are in Jails under this Provision

Two Intriguing Questions before the Court

What is Sedition Law?

Why it should be re-visited?

The SC on 11 June 2019 ordered release of the journalist Prashant Kanojia on bail who has been jailed by the UP government.

Relevance of the News: It highlights the supremacy of the constitutional Right to Liberty and the limits of state in using its powers of detention.

Cause of Arrest of the Journalist:

Grounds of Release by SC:

The news highlights the importance that judicial review plays in ensuring the social justice in employment.

Background of the issue:

Why it is in the News?

Process of Appointment of SC Judges: