About Global Partnership on Artificial Intelligence

India proposed the following actions during the 11th BRICS Summit-

Role of BRICS in the International Order

Role in International Peace and Security:

Role in Poverty Reduction and Development:

Relevance of the News: The news highlights criminal conspiracy by Saudi Arabia to suppress media activism pursued by Jamal Khashoggi.

Details of the Report: 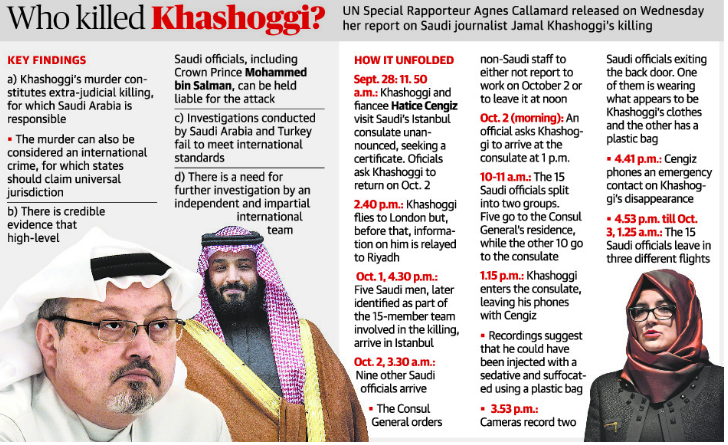 The executive secretary of the Comprehensive Test Ban Treaty Organization (CTBTO) has invited India to be an observer in the CTBT.

How could India benefit by being an Observer?

Why it is in the News?